We tested the indoor air quality of 26 MP’s offices…

Earlier this year, for National Clean Air Day, Airtopia and BEAMA partnered to raise awareness of indoor air pollution by testing the offices of Members of Parliament throughout the estate, including Portcullis House, the Palace of Westminster, 1 Parliament Street, Norman Shaw North and South, and Caledonia House. 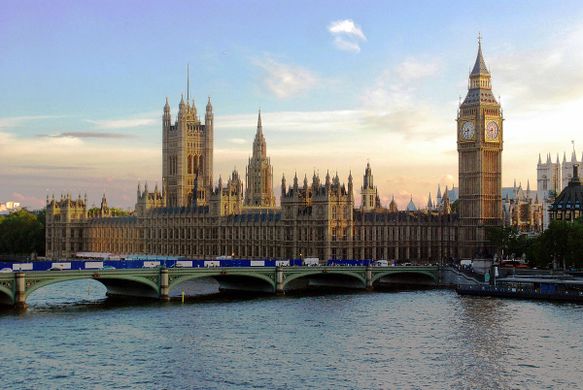 A total of 26 MPs engaged with the project and the results were extremely interesting – piquing interest from key figures who will support our aims to raise awareness of the issues surrounding indoor air quality. Those that had their offices tested now have a greater understanding of the dangers associated with ‘sick building syndrome’ and how we can all improve our health and wellbeing by making some simple behavioural changes at work – or at home.

Airtopia’s tests identify common airborne triggers, including formaldehyde, found in furniture, soft furnishings and cleaning products; VOCs, emitted by paints, sprays and air fresheners; mould; and carbon dioxide, which, in high concentrations can lead to fatigue, headache and dizziness. Each of the MPs received overview results as well as a detailed report for their specific office.

Below are some of the highlights from the aggregated data found across the 26 offices. 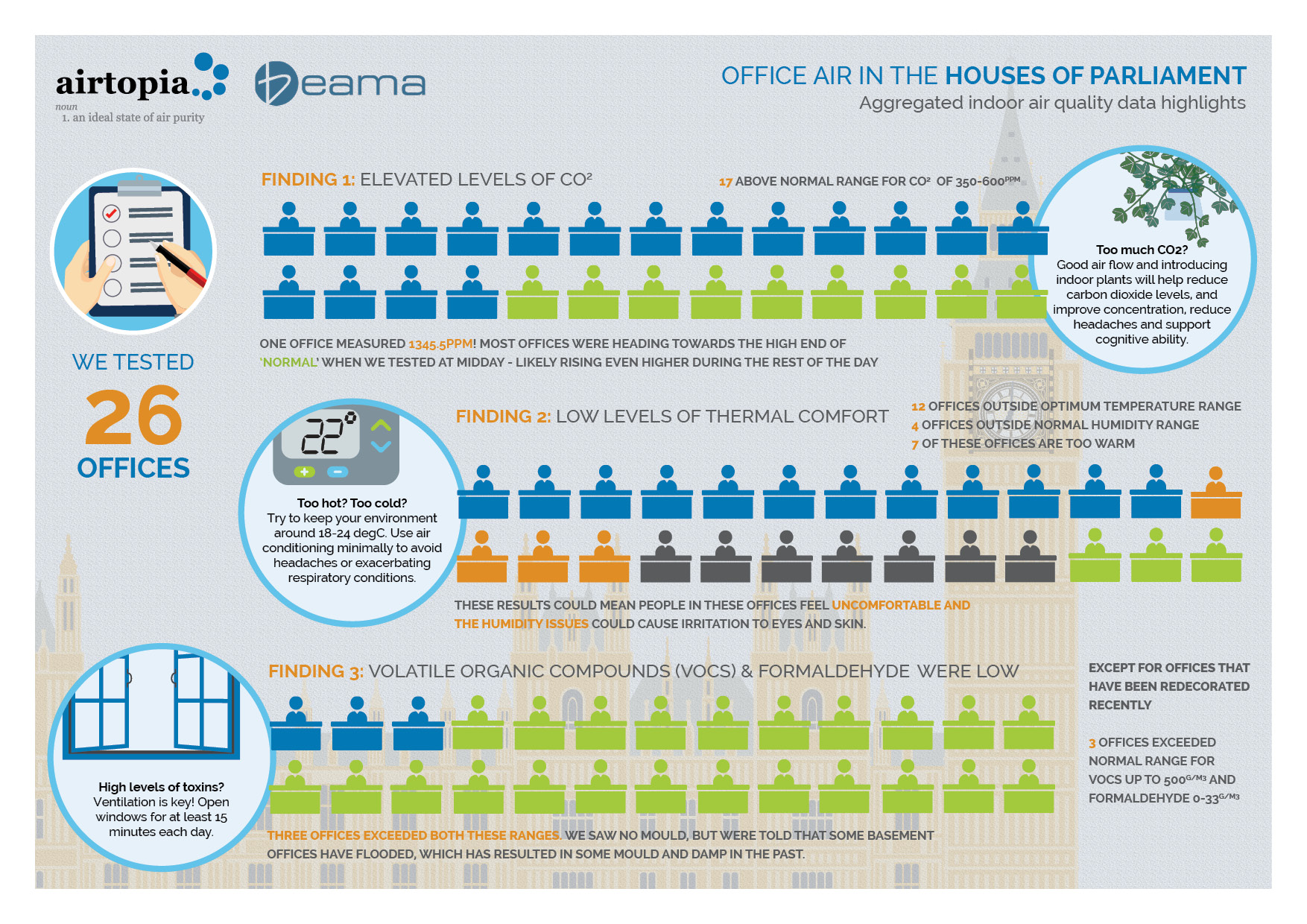 Finding One: Elevated levels of CO2

The normal range for CO2is 350-600 parts per million (ppm). Physical effects of CO2exposure are often felt at 1000ppm. Of the 26 offices we tested, 17 were above the ‘normal’ threshold. One office measured 1345.5ppm. It’s important to note that 9 offices were above 600ppm before noon (a few were above 800) and would likely have had even higher ratings in the afternoon.

Finding Three: Volatile Organic Compounds (VOCs) and formaldehyde levels were ow, except in one area where offices have been redecorated recently.

The normal range for VOCs is up to 500 µg/m³ and for formaldehyde is 0-33 µg/m³. Three offices exceeded one or both of these ranges, Though we saw no mould, we were told there are offices in the basements that have been flooded and that damp and mould are problems.

Overall, we are pleased to report that no MPs or members of staff are in imminent danger! However, the various issues that we did uncover could certainly impact comfort and productivity levels.

Book an air quality test for your home today

For all media enquiries, please contact Charlotte Jackson.
charlotte.jackson@thehousedocs.co.uk Airtopia is available for expert comment on the science behind indoor air quality.

Find out who we are, our partners and why we are striving for better indoor air quality. We’re on a mission to help you and your family improve your health and wellbeing.